The historic Boylan Heights neighborhood announces the return of the Tours & Tunes event in downtown Raleigh! The tours take place on Saturday April 12 and coincides with the Raleigh Rock n' Roll Marathon events that weekend! What a great opportunity to learn a little about the historic neighborhoods and residential architecture along with enjoying the talent of some great musicians! What a great day to get to downtown Raleigh! To find out more about the tours,  go to BoylanHeights.org! 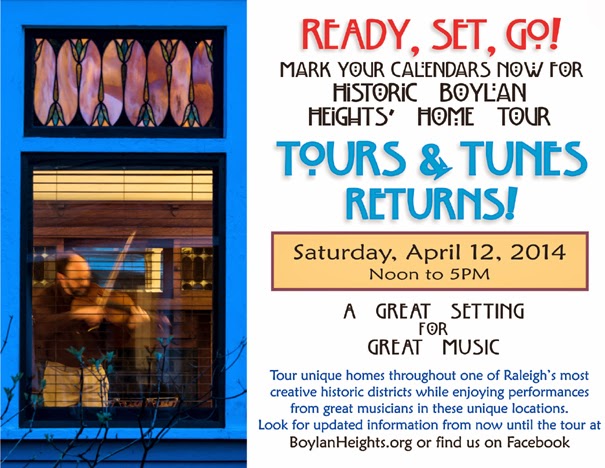 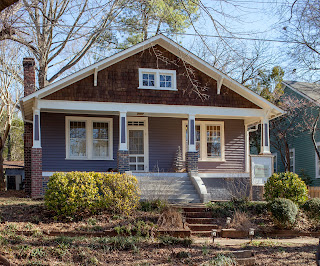 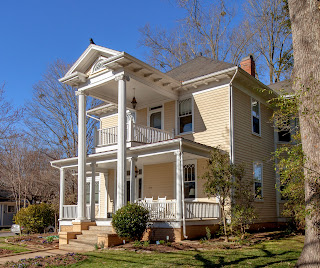 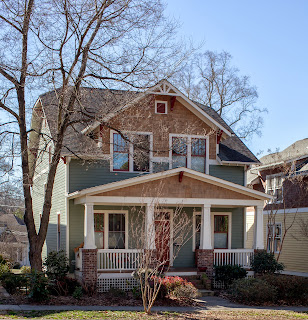 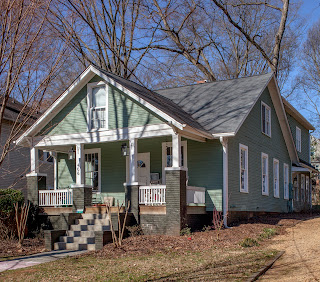 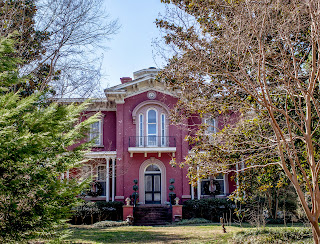 Several months ago we took part in a Raleigh Instawalk at James Hunt Library on the NC State Campus. It's a stunning new building bringing together technology and architecture to create an amazing space for learning and sharing ideas. Creativity is encouraged. If you haven't already been there, here's another reason to check it out. This link came from an NC State Alumni friend of mine. Thanks Kevin for sharing a little inspiration today as we head into a lovely weekend!
Posted by RaleighWhatsUp No comments: Links to this post 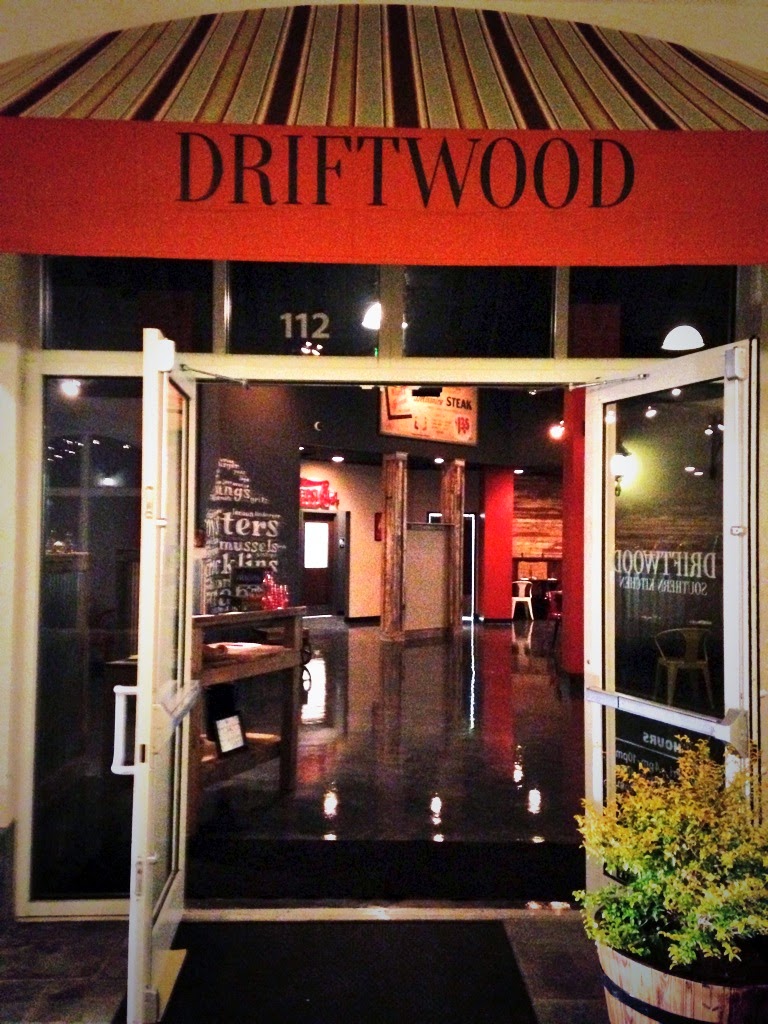 After a busy Saturday full of events and catching up with friends, we found ourselves hungry and looking for a late night bite. We decided to stick around our side of town and  head to Lafayette Village's newest restaurant, Driftwood Southern Kitchen. If you haven't heard about it, definitely make some time to get out to this great new spot in North Raleigh. When you enter it has the feel of being downtown or in another city. We immediately were reminded of some of the cool places we have discovered in Nashville. The restaurant is spacious with small booth seating, bar and kitchen seating as well as a large community table that is great for big groups.


We decided to sit at the bar in front of the kitchen and try just a couple small plates. We had a local beer that was on tap from the bar.  If you are a cocktail fan they have a great selection of moonshine and handcrafted cocktails. The food is farm to table fresh ingredients served southern style. We decided on the Honey & Ancho Glazed Chicken wings, the Country Caprese - fried green tomatoes with goat cheese and basil and the Fried Gulf Oysters. The oysters came out a little cold but they were quick to fix that. They are still testing out their menu selections and were very receptive to feedback as they work to perfect the menu. They have not really launched an official grand opening yet although they are open and fully operational. The fried green tomatoes were delicious as well as the wings. 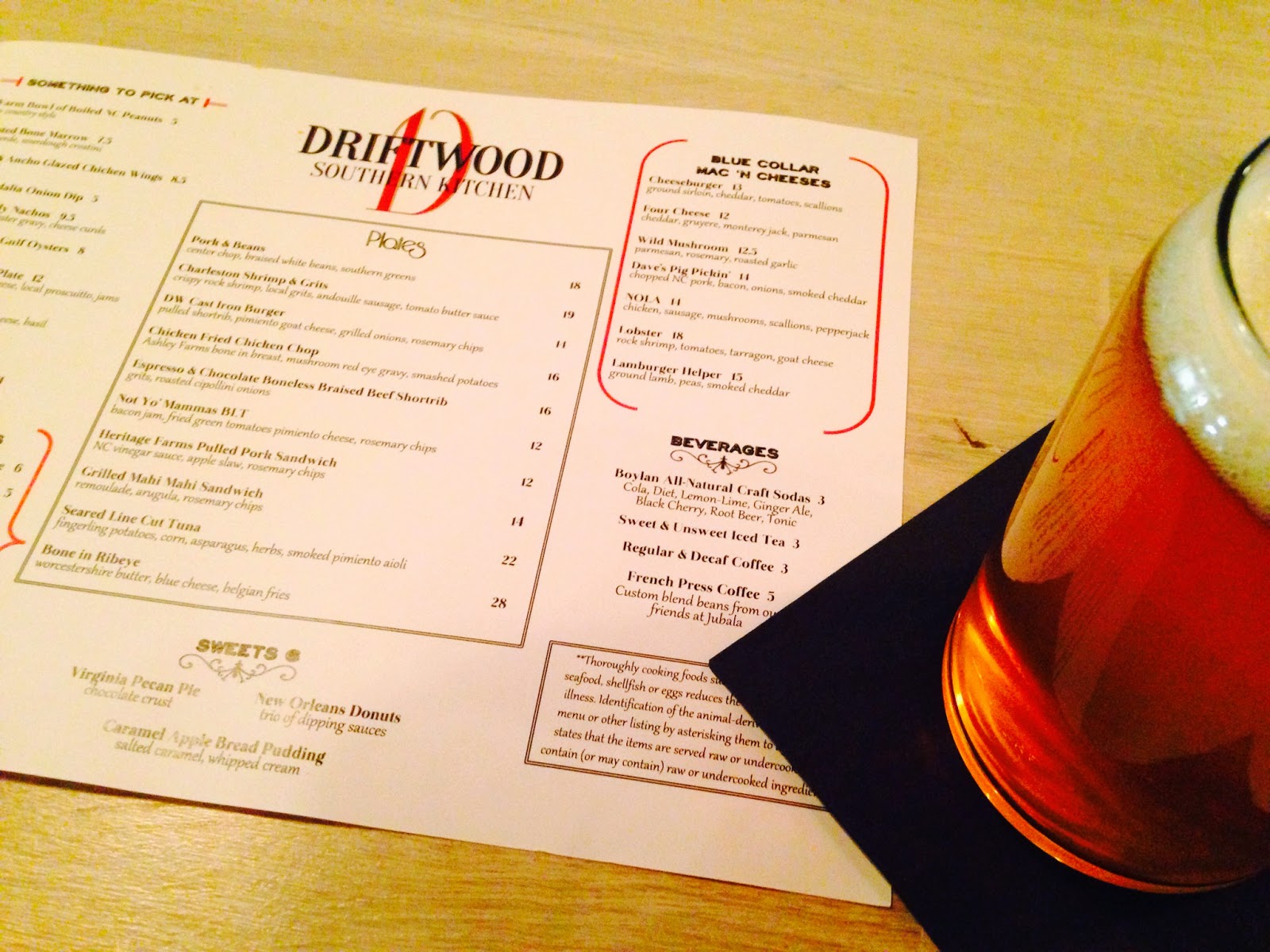 
We look forward to coming back with friends and family soon to try more of the meals and the brunch. We are excited to have this option close by and I highly recommend checking it out soon if you are looking for somewhere new to dine out in North Raleigh. I have a feeling it will soon become a favorite for us. 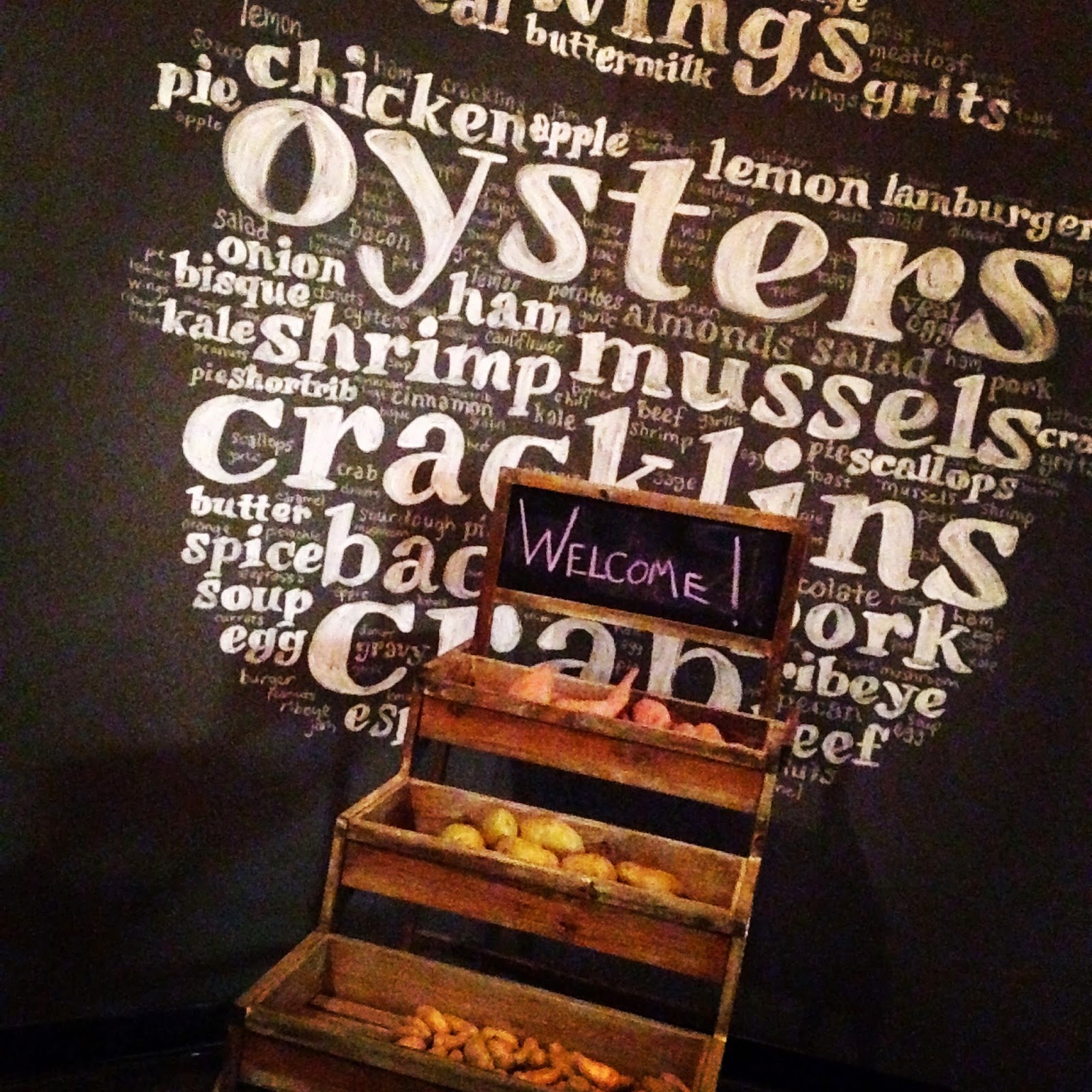 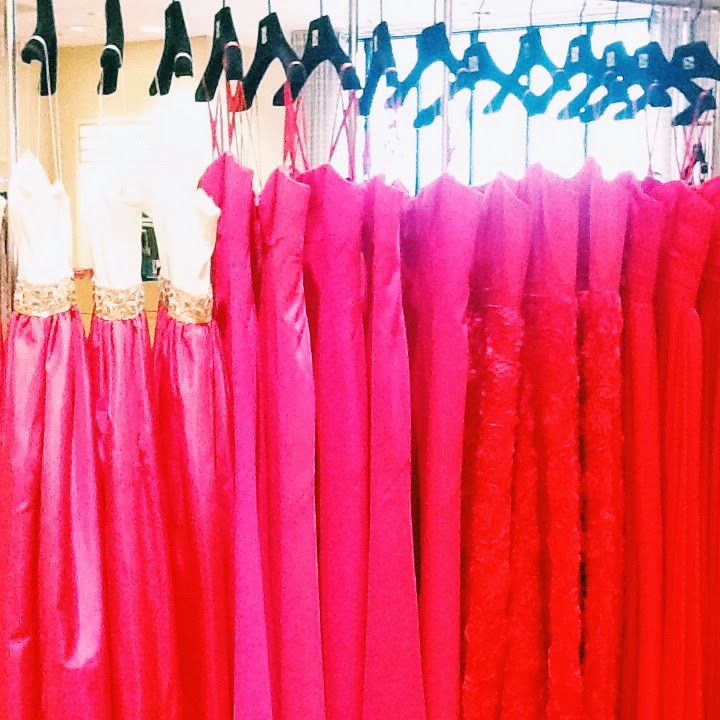 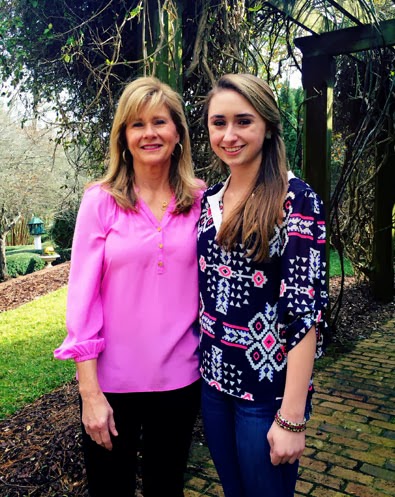 Teens for the Cure is an organization of middle and high school students, creating a sense of community among young people affected by breast cancer while providing a solid network of hope and support.

Lisa and her 13-year-old daughter Lily (Teen Coordinator), who is a middle schooler at Ravenscroft, formed a Teens for the Cure team for the 2013 Triangle Race for the Cure. Teens for the Cure is an affiliate to Susan G. Komen. You can learn more about the organization and their efforts at facebook.com/teensforthecurenctc.

Lisa and Lily were recently featured in Raleigh's Walter Magazine.


Lisa, whose own mother died from breast cancer when Lisa was 17, was inspired to start the group last spring, when her daughter reached the same age she was when her own mother became ill. “I wanted to create something bigger than us,” she says. Together the two helped raise $9,600, and have plans to stage a fund-raising fashion show in April. Their efforts are not only an homage to Lisa’s mother and Lily’s grandmother, they’re also grounded in reality. “I want Lily to know that she can make a difference,” Lisa says. “She can help to find the cure.”


The event will be held Saturday March 15 from 1-2pm at Raleigh Saks Fifth Avenue, Dresses on Two.  Along with the fashion show, the event will feature a candy bar buffet, beverages and DJ music in addition to raffles and great giveaways.  Shoppers will receive 20% off select evening or party dresses purchase between March 9-15.


10% of event sales will go directly to Teens for the Cure. Come out and shop and support this local Raleigh cause!

Also in the store that day will be new 2014 Kate Spade shoes and Stephanie Kantis jewelry Spring collections !! Don't miss a fun girl's afternoon out! 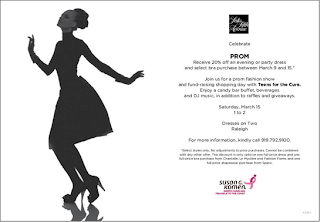 Posted by RaleighWhatsUp No comments: Links to this post Out + About in Raleigh 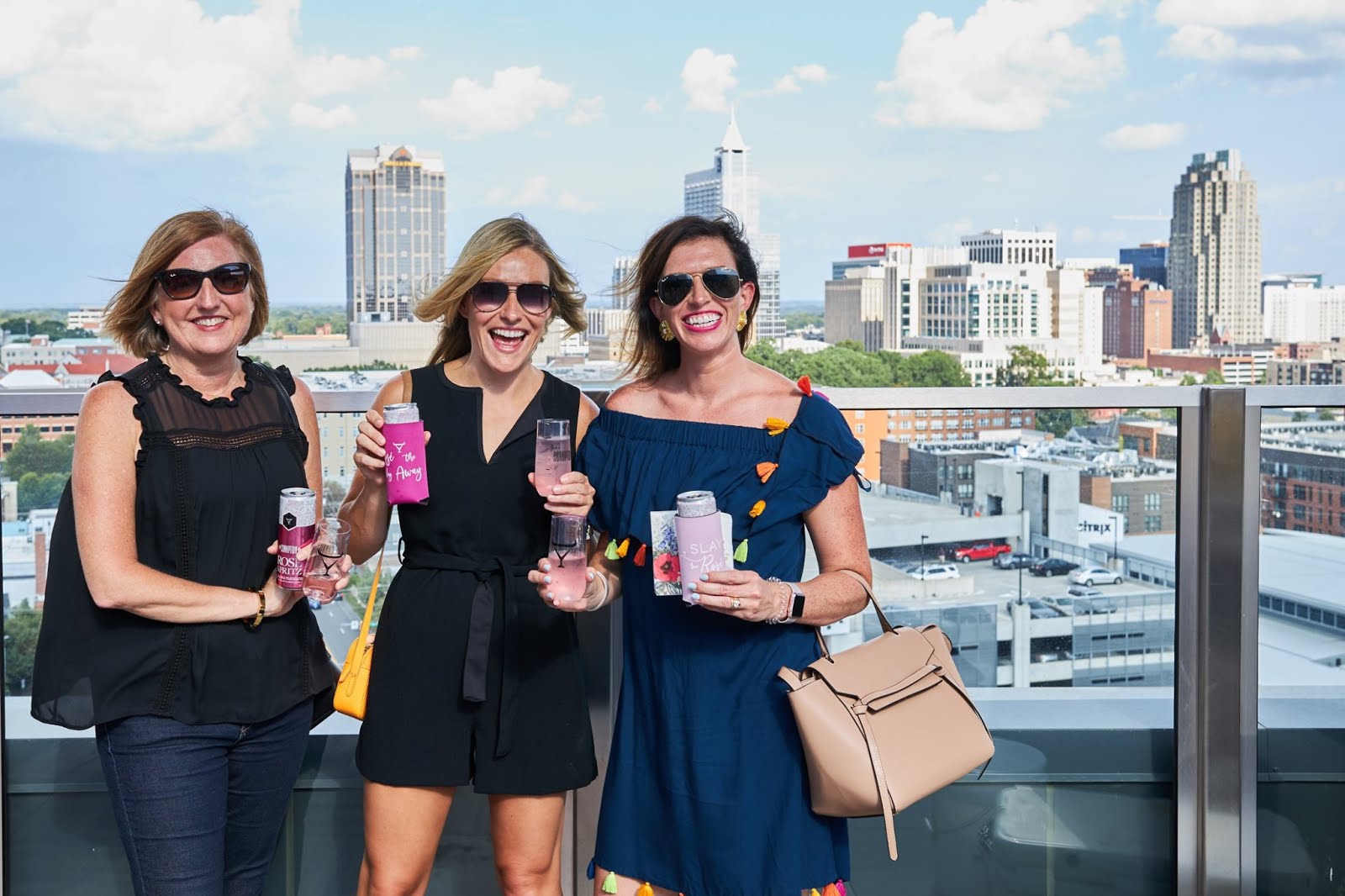 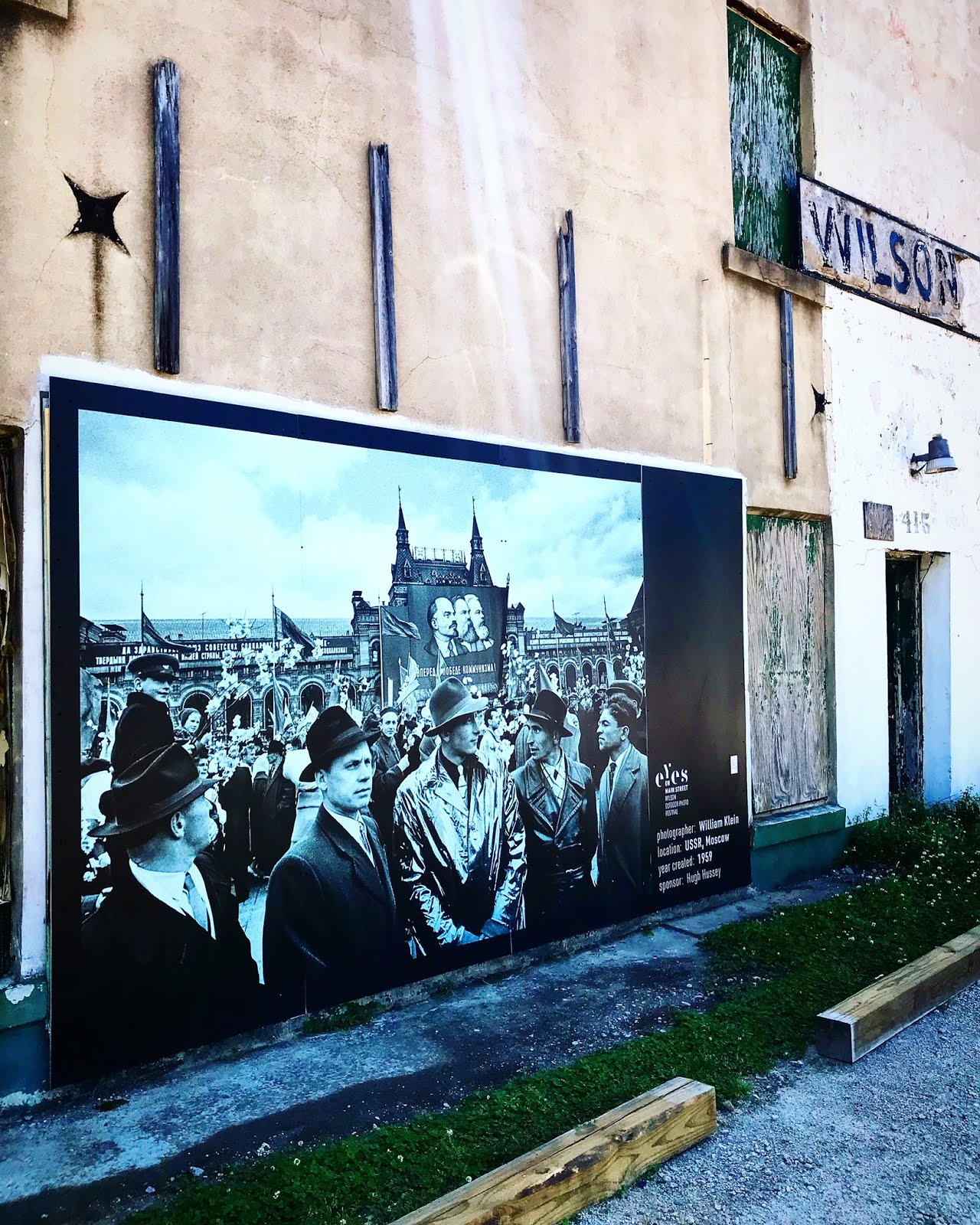 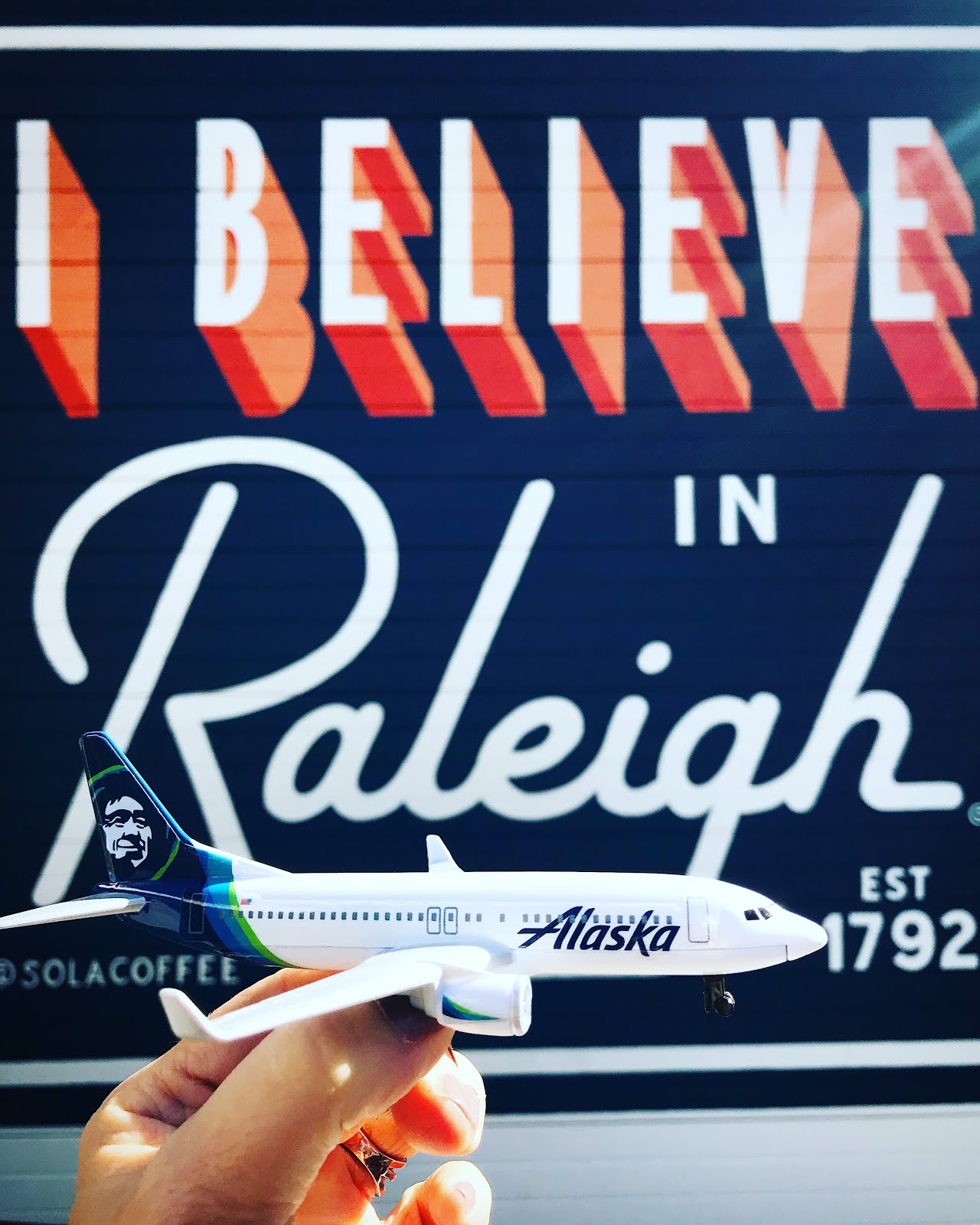 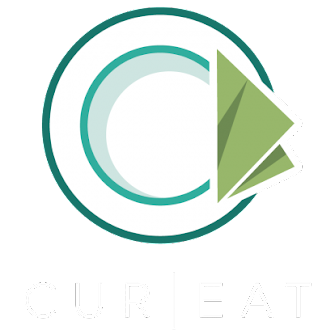 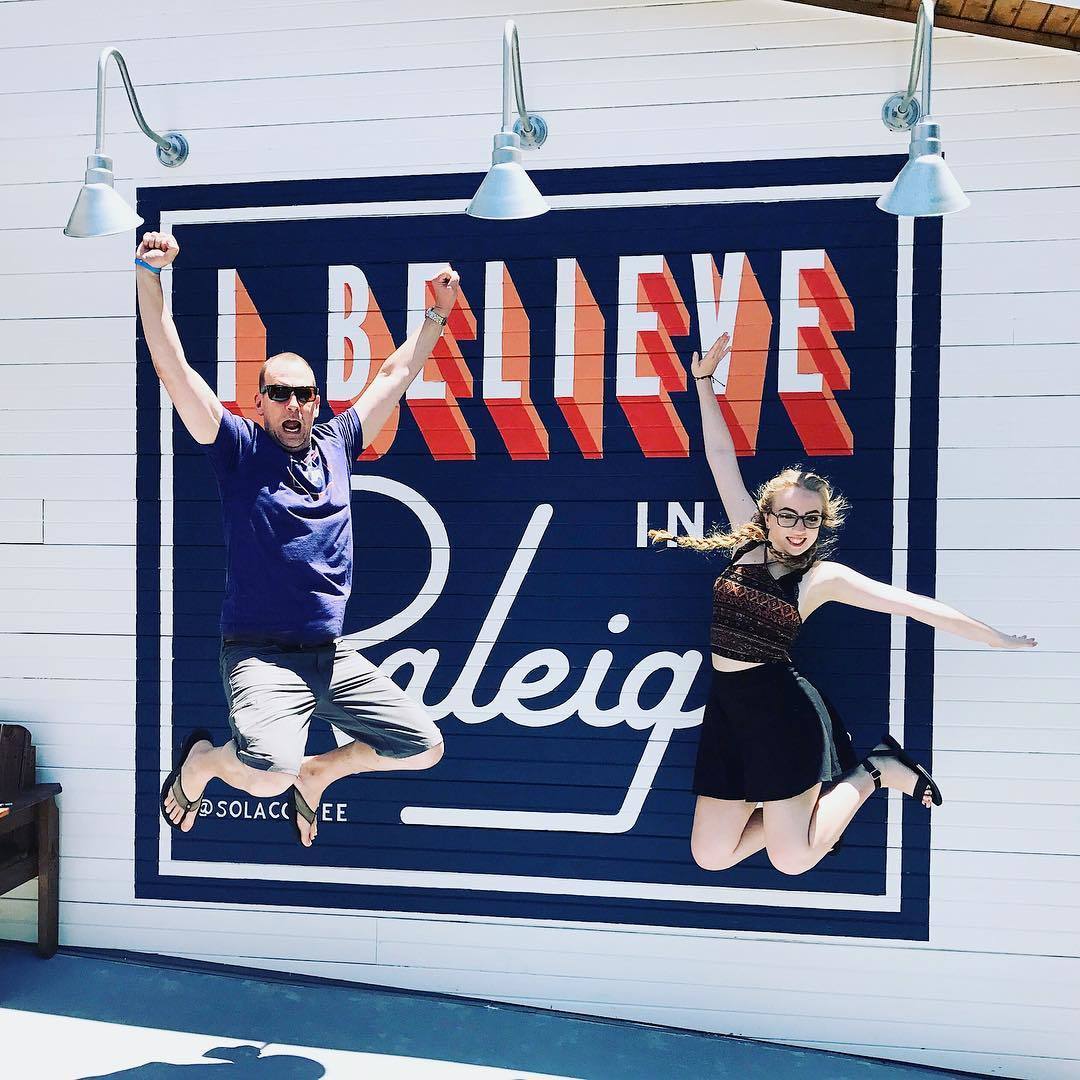 DRINKS IN THE VILLAGE 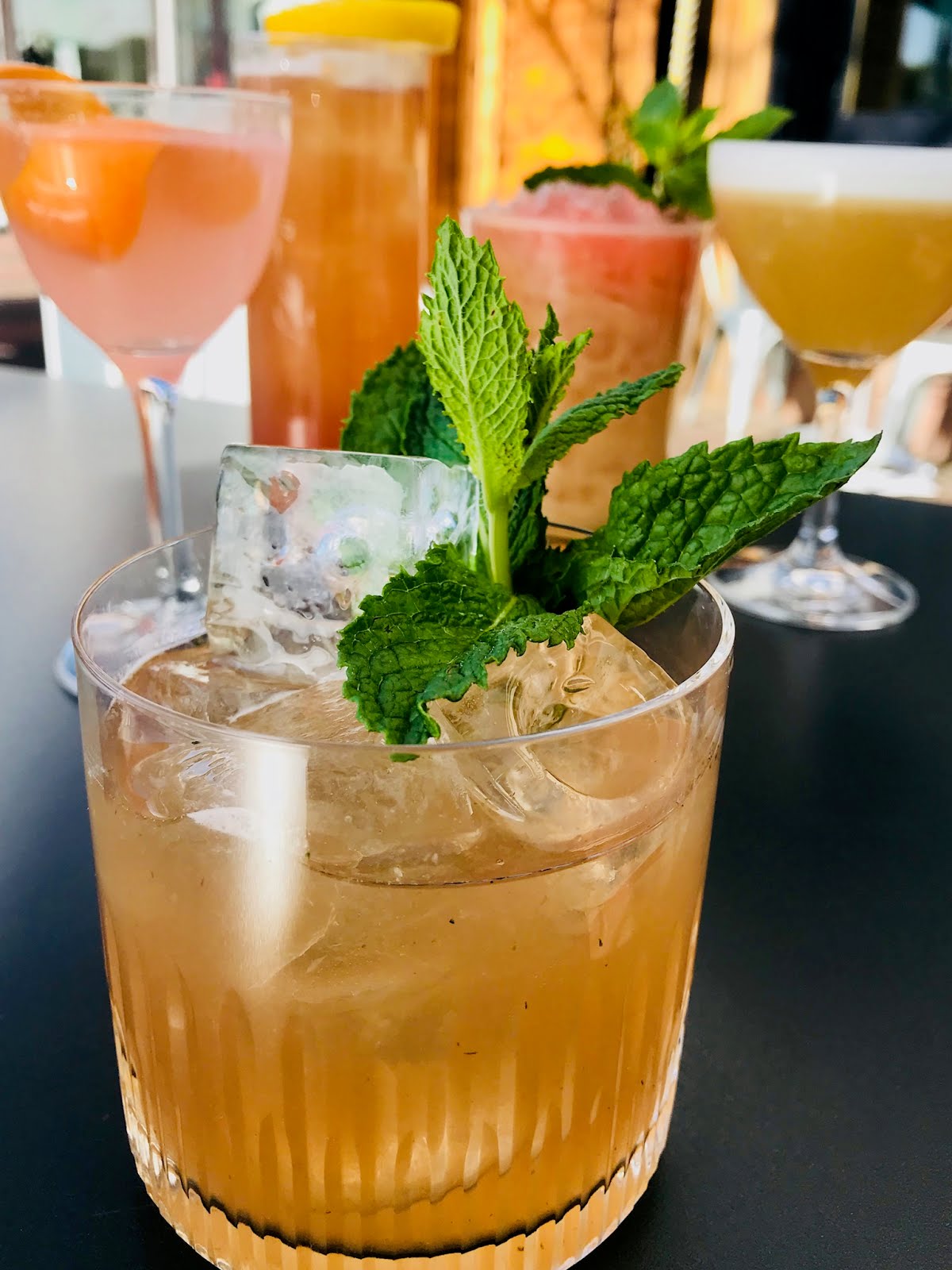 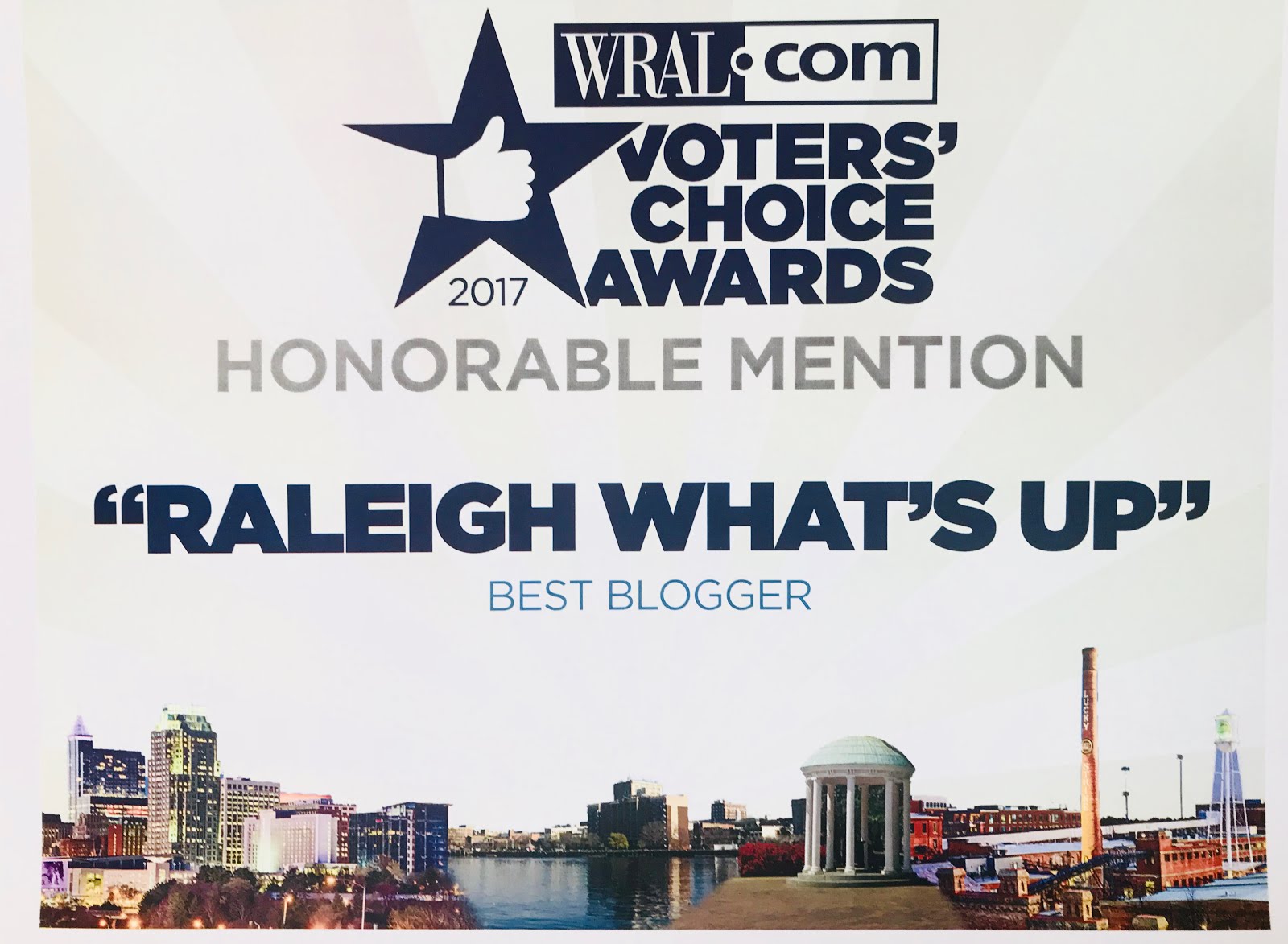 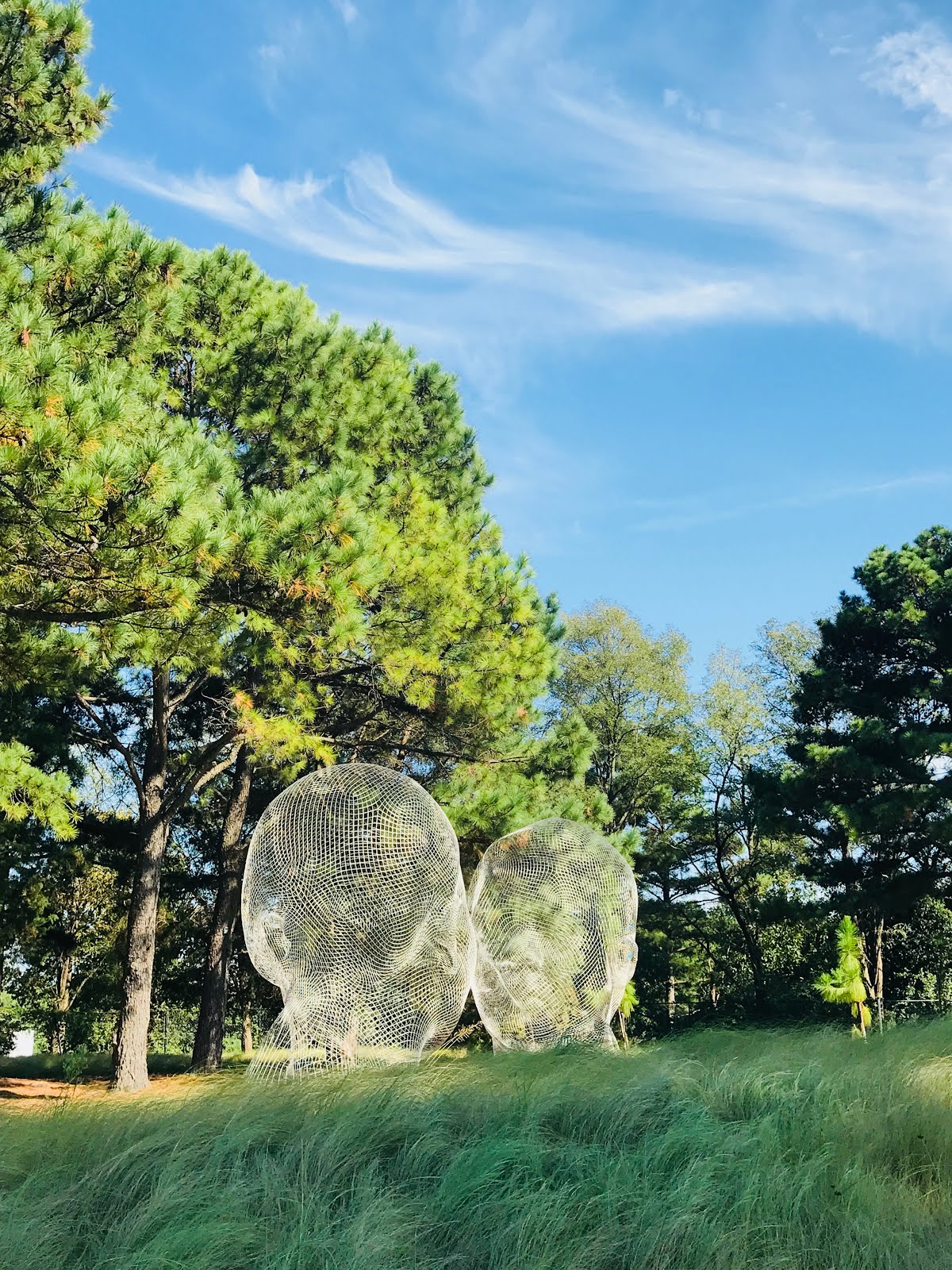 a series of photos of the NC Art Museum 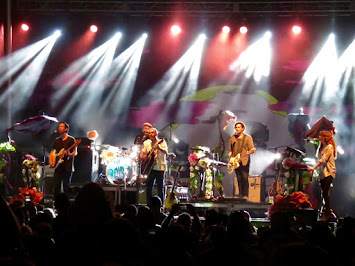 It's Summertime and we LOVE live music! Here's a great website from Visit Raleigh to track all the music happening in and around Raleigh!

HOLIDAYS | Give the Gift of Membership at the NCMA 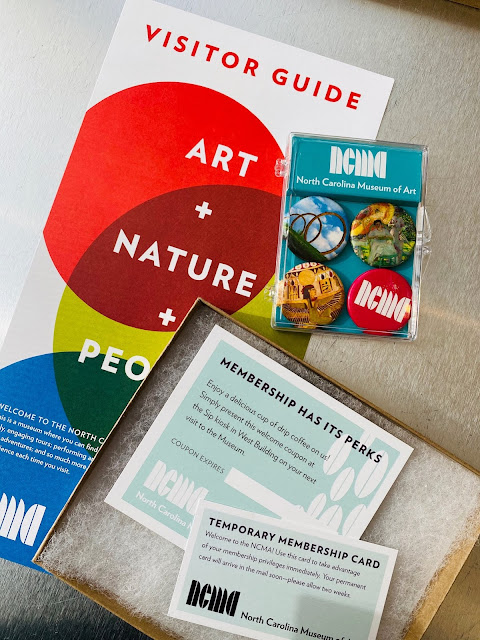 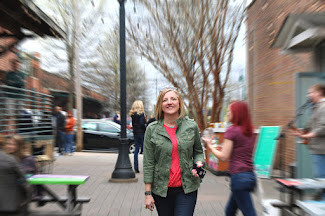 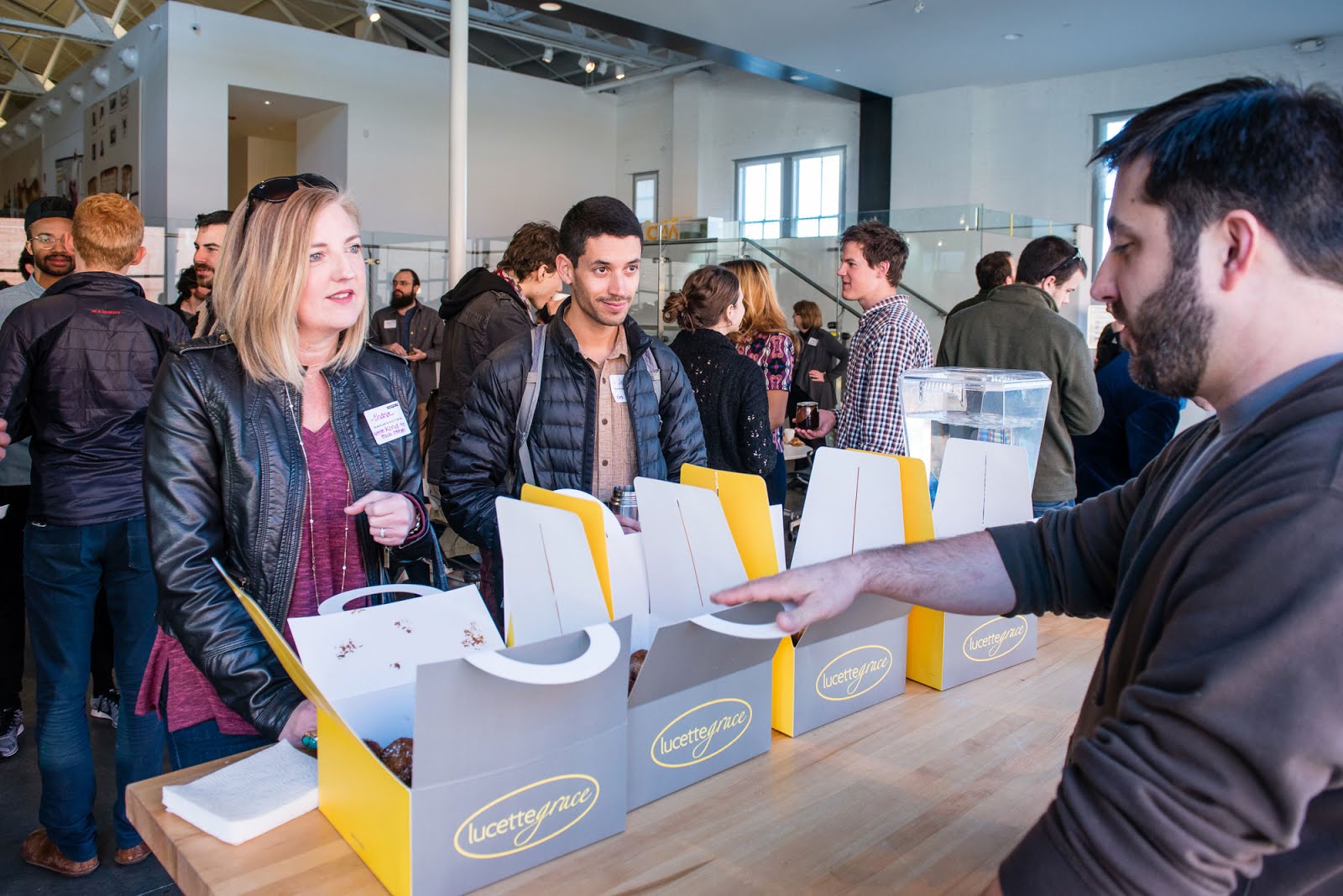 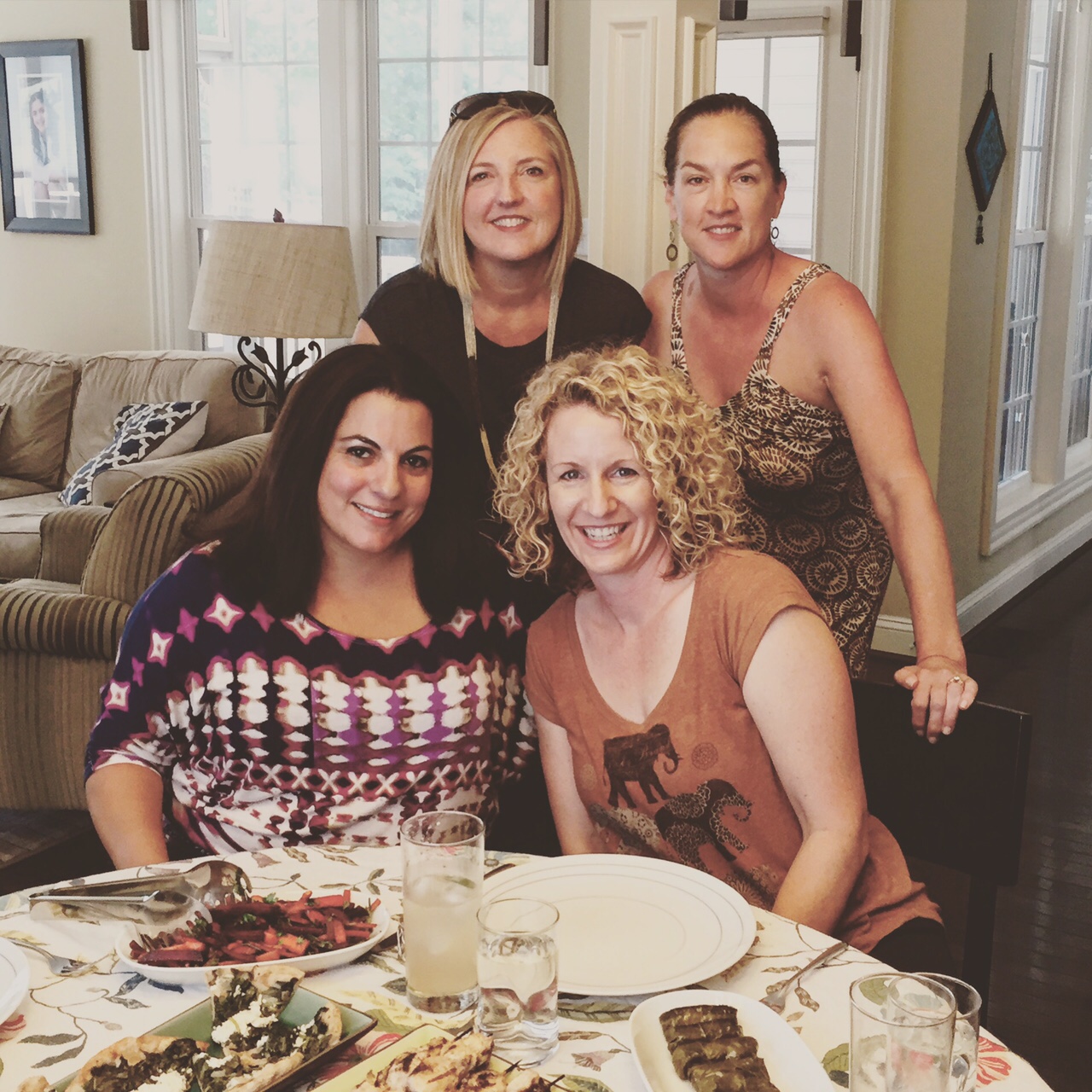 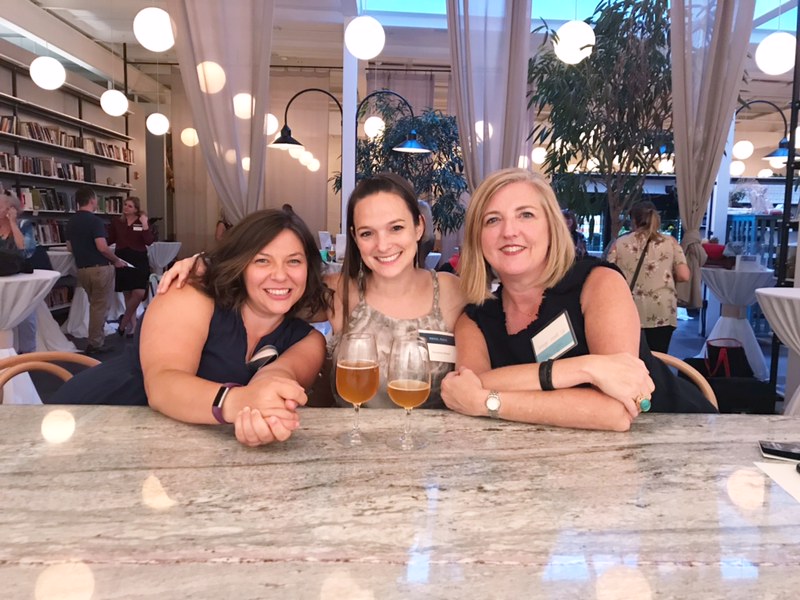